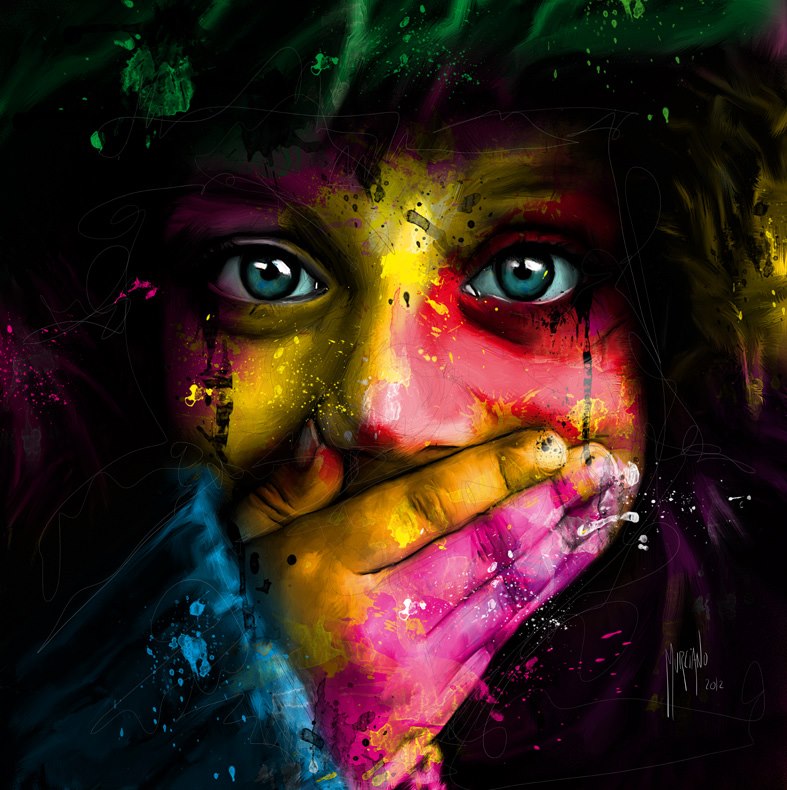 Patrice Murciano was born in Belfort in 1969. He moved to Montpellier from an early age.
Passion for art early, it starts reproducing characters from comics from the age of 6 years, he then continues to paint his first muses (who are in the age of fashion magazine models) to the age of 8 years with the makeup of his mother laying on the back rollers tapestry abandoned attic.
He exhibited his first painting at the age of 12 in a group exhibition. Inspired by romantic nude photographer David Hamilton, he shall cease to paint these nudes veiled himself to get into the picture at the age of 16 years.
At eighteen years he participated in an exhibition organized by “Arts and Letters of France” where he received the Medal of young talent. It leaves out the painting for a few years to devote himself to do the photo, portraits, nude, fashion …
Patrice is primarily interested in the woman and eroticism. This woman “muse” he resumed painting in 1996 with a style he calls “Courbisme” (nod to cubism of Picasso, which is part of the great masters of painting with Basquiat and Pollock, Patrice inspire ), but also a tribute to the curves of a woman, Woman colorful shapes which he exaggerates.
Patrice destroyed then recompose the woman he wants to “perfect” in the balance of lines, curves and bright colors.
In 2010 he exhibited for the first time his paintings “Courbisme” in galleries (Galerie Concorde in Paris), follow other galleries in 2011 in the province but also a museum in Bahia, Brazil MAC, where he will make a donation in June 2011. Follow in 2012 a gallery in Brussels and one in Shanghai.